The objective of this project is to develop a multi-user immersive platform combining a 3D environment – which can be seen and heard through a VR headset – with a real life stage set. Users are tracked by a motion capture system allowing them to see their own bodies, move physically in the virtual environment and interact with physical objects.

The solution developed tackles the following technical challenges: 1) we generate a full body animation using inverse kinematics from a minimal number of markers to keep the user’s setup time as short as possible, while ensuring a good tracking accuracy; 2) the platform is multi-user and the VR headset interfaces wirelessly with the motion capture system; 3) the interaction with the objects is flawless and retargeted correctly; 4) the position and orientation of the user’s head is adequately handled to minimize latency (which would result in possible discomfort with the VR headset) and to maximize positioning accuracy. 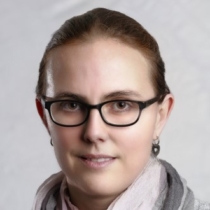 We are dedicated to the development and promotion of motion capture. So if you think you could benefit from our equipment and experience, do not hesitate to contact us. We will be glad to help you develop your project.